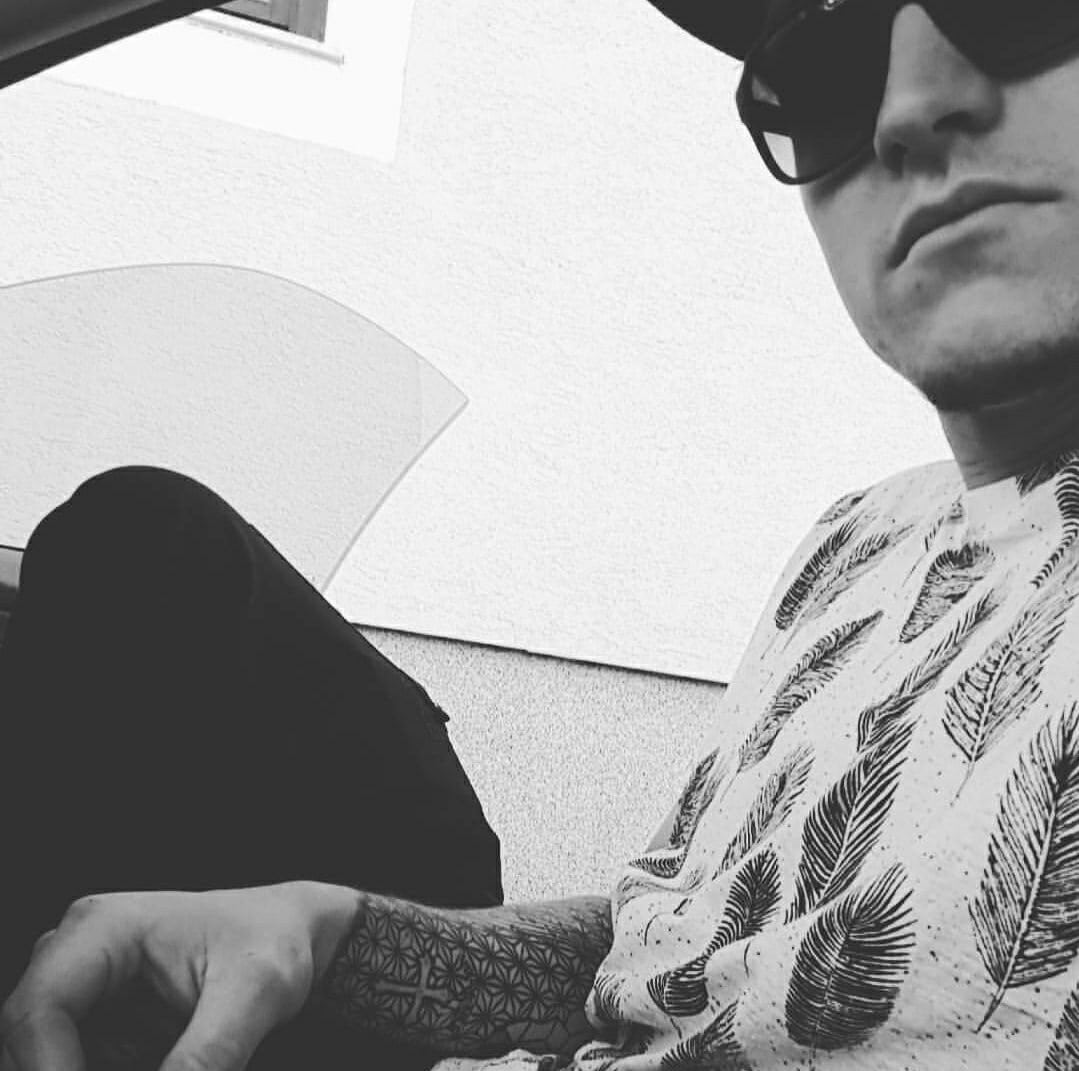 01. Who are you ?
My name is Lukas Schwarz and I live in a small village not far from the capital, Vienna.
I’ve been making music since I was a little kid.
I got my first drum kit when I was 5 years old and in the following years I took drum lessons and during that time I also joined a large orchestra early on, where I played in the drum section until I was 14 years old. there i also learned musical notes and musical understanding.
i stopped there when i was 14 and then explored every kind of music up to electronic music.
When I was 18, I realized that I couldn’t just give up my music and bought my first equipment without any knowledge of electronic music production. From that day on i learned everything myself and at the beginning produced wild techno and dark techno until i found my love for dubtechno and ambient.
in the beginning i only had an old laptop and my machine jam. and now, 6 years later, i have my own studio and proudly work with well-known artists from the scene, release projects on labels from all over the world and make friends around the globe!

thanks to everyone who supported me !

02. What are you listening actually ?
besides dub techno ambient and techno, I really hear a lot of different things.

I think I hear everything that is not mainstrem music.

i love melancholic music as well as danceable and fast music.

I really enjoy listening to the classic 80s disco funk sound like « Folamour » plays in his dj sets!

but of course nothing beats the music of
VRIL, Ben Böhmer, Paul Kalkbrenner, Bonobo, stephan bodzin, Recondite and many more. all of these are role models and ispirations for me and my music.

3. How you came to music ?
as mentioned above, i was into music early on.
But to electronic music, more precisely to the dubtechno scene, I only got started in 2018 with the help of my first acquaintances « Ackost » and « eyra Landscape » the album « Changes in the Matrix » which was released on YINGYANG. my first solo project was released on apnea and I still thank you for it today! because from that day my name went through the net and I quickly found a connection to this damn cool community!

4. What gear do you use in studio/live ?
Despite several attempts to make friends with the analog devices, I’m very minimalist here. I have decided for myself and my workflow to keep it small and process everything digitally in ABLETON.

i only use my machine jam as controller and sequencer and my contact s25 midi keyboard from native instruments for importing and recording melodies.
further equipment:
-BeyerDynamics DT880 Pro Studio headphones
– Steinberg UR 242 interface
-Yamaha Hs8
and an IMAC + a second screen

5. Do you have an anecdote or a memory to tell us about your music ?
Generally speaking about music, I hope that more people understand music and feel it instead of just hearing it.

my music should definitely arouse deep feelings in the listeners and tell a story. my music is mostly based on feelings, memories and experiences in my past!
i think a lot of the names of my songs give an indication of this so that we don’t have to go into more detail here.

6. Which artist would you dream of working with?
phu there are quite a few!
even if it never comes to that, it would of course be cool with artists like zb. Vril, Rodhad, Ben Böhmer, Paul Kalkbrenner, Wanderwelle, BioDub, The chi factory, Faru and many more!

I would think of many more here!

7. What are your plans for the future?
at the moment i have no big plans!
up to now every dream came true, even if it was so small.
I can only say one thing and this is my first vinyl release in 2021, which gives a very clear indication of what my music embodies and which feelings and memories my music comes from.

Par Alexandre14 novembre 2020
Go to Top
We use cookies on this site. If you continue to visit this site, we consider you accept the cookie using.Ok